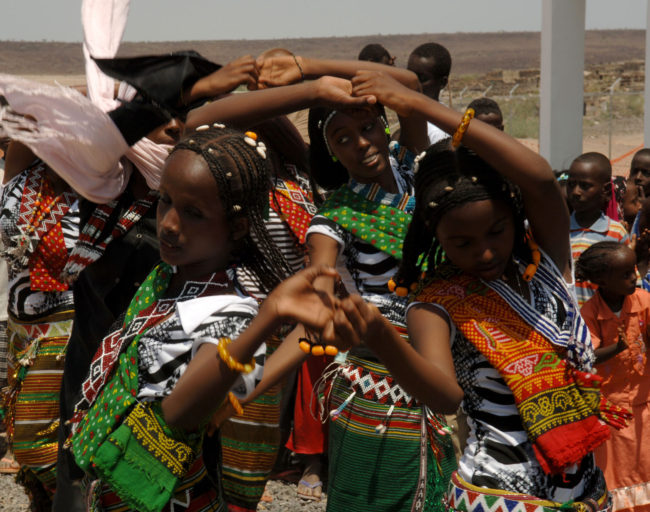 The music of Africa, a continent making up 20% of the land mass of the world and hosting a population of nearly 934 million people, draws upon a canvas of nations and cultures. The music throughout the continent, though demonstrating many nuances, is as diverse and unique as the cultures burgeoning from them.

The music is a mix the different cultural traditions from shamanistic cultures to more modern religious believes along many cultural ceremonies—marriages, parades, and government functions.

Throughout the continent there is an endless repertoire of musical instruments that have been developed to express these different music styles from sting to horn to drum to vocals. In this post, we will review some of the most important instruments in these cultures and how they are used to make music.

No discussion of the music of Africa can be complete without discussing African singing. The vocals are key elements of the music and emblematic of the style of many of the Nations on the continent.

Generally, the focus of songs places rhythm over melody and harmony—repetition becoming the guiding structure, which harnesses improvisation to polish the music. Polyrhythmic structures (music that includes concurrent blends of contrasting rhythms) can also diversify the fabric of the music, leading to more interesting compositions. This generally means that many songs use separate parts of the song for rhythm, which holds together other portions of the music–allowing more liberty to improvise and use  other rhythmic patterns. Think of a chorus repeating a refrain while another group of singers introduce their own vocal melodies on top of the chorus.

In many cases, songs use polyphony (music that uses two or more simultaneous but relatively independent melodies). What this means is that a song’s beginning melody has more weight than the ensuing harmony. Many times voices enter the song at different points in a cyclical manner, while constantly shifting the nature of the music as the harmony ascends. Songs also incorporate conversational styles of singing, where vocalists respond to one another. This call and response form allows different vocalist to respond to themes introduced by other vocalists. 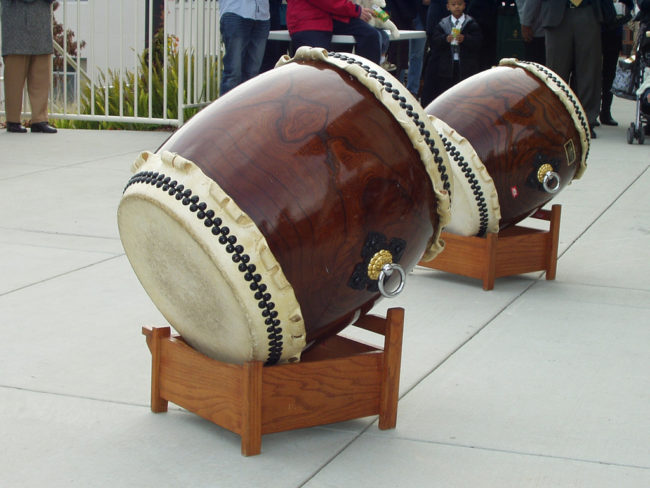 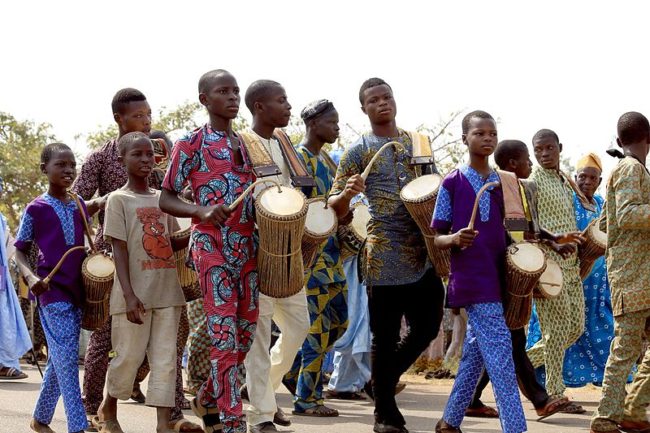 One of the primary purposes of these drums is actual communication. Members of different villages could use these instruments to communicate between their communities. The use of the drums ability to create different pitches of beats, along with rhythms, allows musicians to invoke a drum language to carry messages to different groups.

The drum itself is shaped similar to an hourglass. During performances, a musician strikes the drum with a curved stick and changes the tone of the beat by squeezing ropes with greater pressure, invoking a higher pitch.

The drums can find their origins in West Africa. The drums are also common in Central and South America. 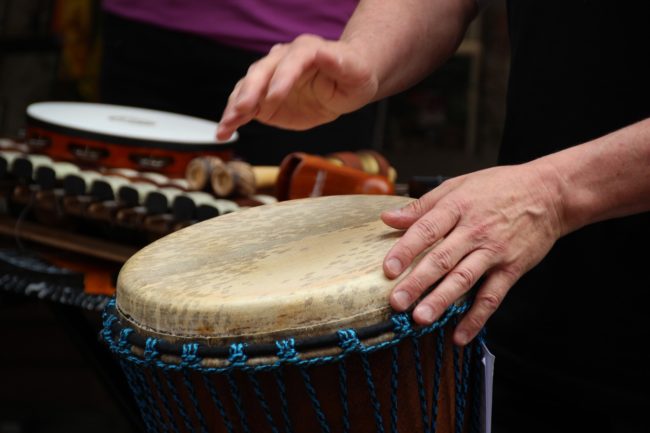 The Jembe, which is also spelled Djembe, has been an important part of many African cultures, used in national dances, military events, and various rituals. The drum has had an international popularity over the years with musicians globally incorporating it into their ensembles, while being included in a variety of drums sets.

Looking similar to a cup or chalice, the drum’s lower portion is narrow and open at the bottom, while the top portion is wide and enclosed with a leather membrane.

The Jembe is most commonly found in the Southern African countries, where it is placed in an important role for the music of that region. 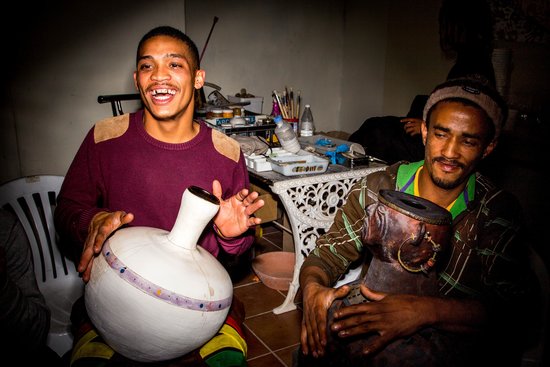 The Udu, one of the most unique drums in the world, has many names with Udo being one of its most common variants. It creates very unusual sounds, and Nigerian tradition says that it evokes the voices of ancestors. It has been held by the people of Nigeria as a sacred instrument and used in various cult and religious ceremonies.

The instrument resembles a pot or jar used to draw river water. Generally, it is made of a ceramic material instead of wood. Its hollow body influences the pitch of the Udu, depending on the size and manner of performance.

The Udo is drum originates in Nigeria, West Africa with the national version being made of clay. 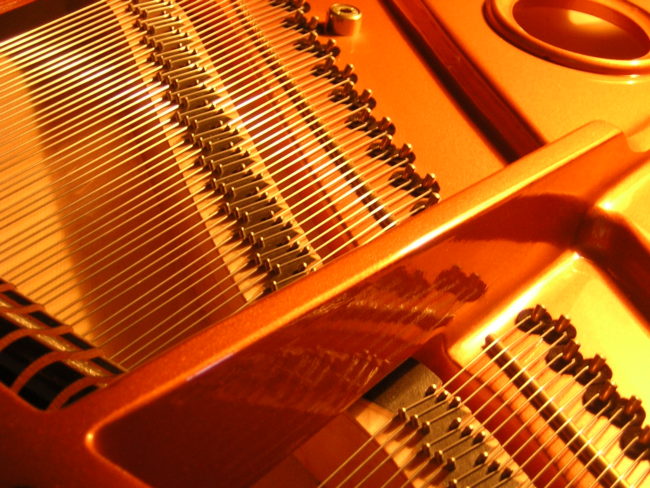 The chordophone is an instrument that creates sound through vibrating strings, whether by being plucked, stuck, or drawing a bow across its strings. In Western music, the most common examples of chordophones are guitars and violins; however, in Africa a variety of instruments use the same concept to offer their own unique voice. Here are the most common kinds of membraphones: 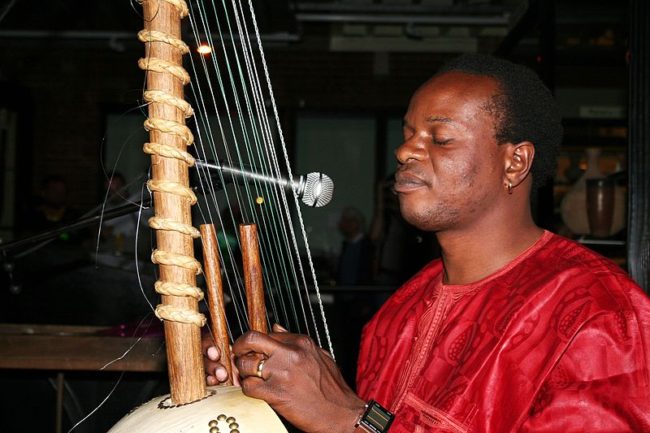 The Kora, being one of the most popular African instruments, is the go-to instrument of singers’, musicians, and storytellers. Creating a sound similar to a harp, musicians often play the Kora in styles reminiscent of Flamenco or Blues guitar. They pluck strings with their big and fore fingers while holding the tool with the others.

Traditionally, Koras are made with 21 string, 11 played on the left hand and the remaining 10 played on the right hand. The body of the Kora is made of big kalabas—a white gourd—that are cut in half and drawn by cow hide.

The Kora is popular in many communities throughout Guinea, Mali, Senegal, Guinea-Bissau and Gambia. 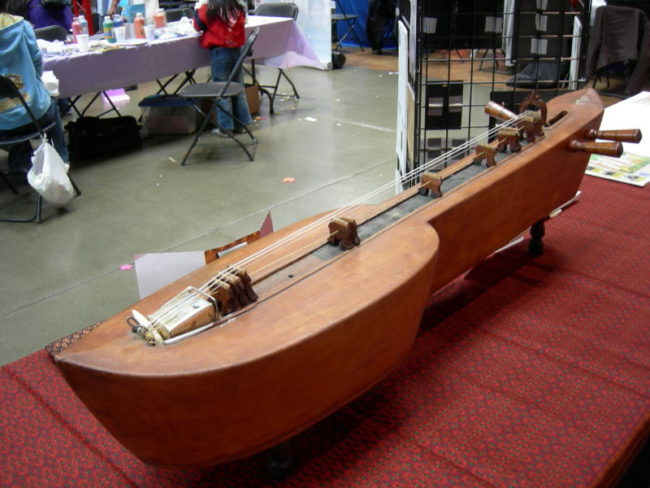 The Vambi, which is also called an Ubo or Kissumbo, is generally used as accompaniment for singers.

Vambis look like giant violins. Their case is made of wood or tried pumpkin, which is covered with a wooden soundboard. On one end, strings are attached to cane pegs in the lower portion of the case, while on the other end they are connected to flexible bamboo cores.

Vambis are common in Sudan along with other East African countries 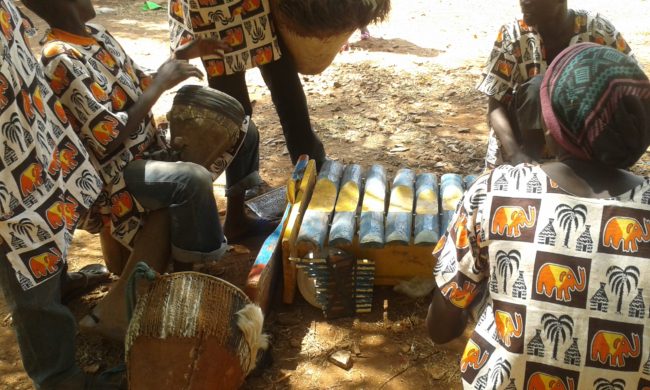 The xylophone is an instrument that creates sound through striking bars, each offering its own progressive pitch, with mallets. Xylophones are also commonly used to describe similar instruments such as lithophones (musical instruments that consist of a rock or pieces of rock that are struck to create sounds) and metallophone (musical instruments that consists of tuned bars that are struck to make sound, frequently with a mallet). African music uses a variety of different xylophones for a numerous of results. 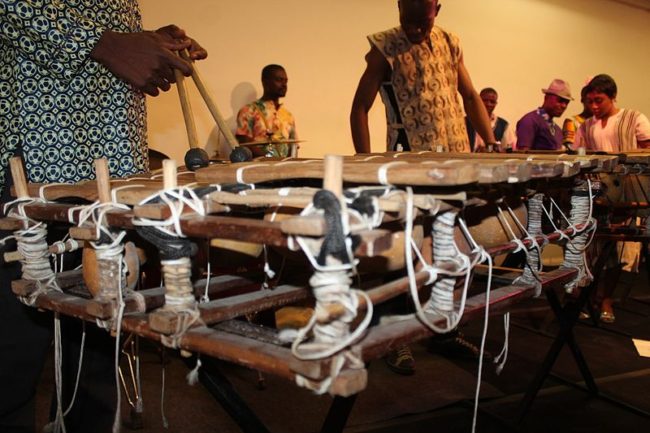 The Balafon is a xylophone made of wood. Its bars are constructed of long plates strung together and played with wooden mallets. They are used by vagrant actors as solo or accompany instruments.

The instrument uses 15 to 22 bars made of firm wood, which is dried over flames. Located under the bars are resonators made of pumpkin, which often are filled with small stones or dried-up seeds.

Balafons are found through much of Africa including Mozambique, Angola, republic of Congo, Mali, Senegal, and Chad. 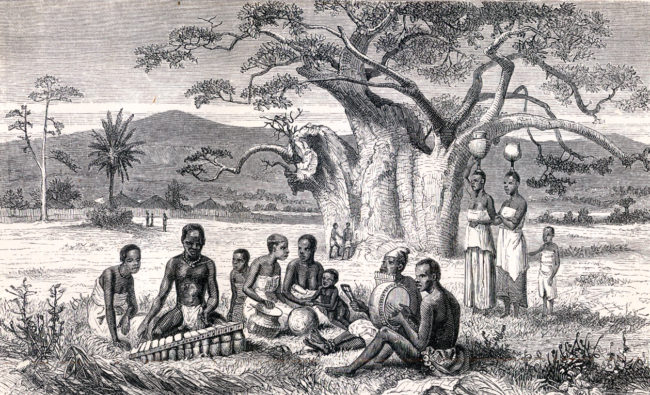 The Mbira is played by holding it in the hands and plucking the tines with thumbs. Unlike stringed instruments or air-column instruments, the mbira offers a characteristic almost pure tone. The simple layout overshadows the multitude of notes that the instrument offers. It is considered the national instrument of Zimbabwe.

The most common mbira is made of a massive board of wood where metal plates from variety of lengths are attached. Hollow pumpkin or tortoise shell is sometimes used for a resonator.

The Mbira was developed by Shona, which live on the region of Zimbabwe and Mozambique.  It is also performed all over South Africa. 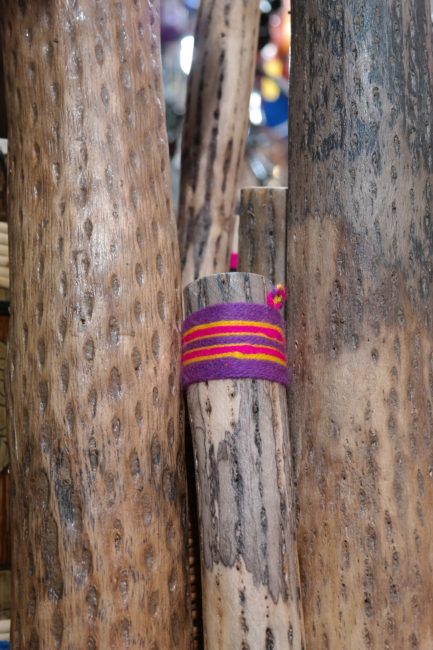 The aerophone is an instrument that creates sound through vibrating columns or air. There are three kinds of aerophones: flutes, reed pipes, and trumpets. In Africa, most flutes are made from bamboo, but others are derived from husks of cane or an animal horn. Meanwhile trumpets and other horns come from animal horns or elephant tusks. 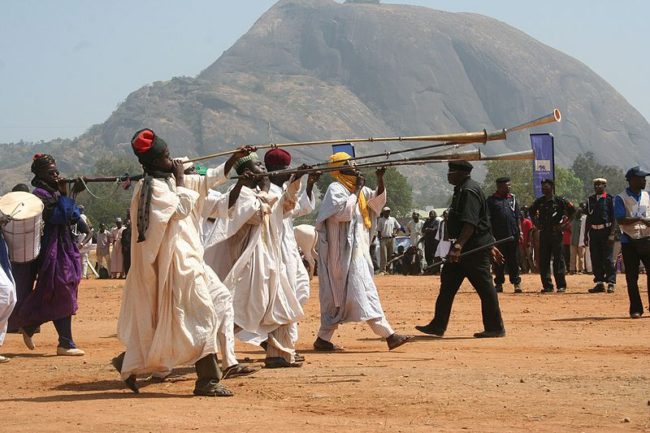 The Algaita is wind instrument related to the Oboe. It is used in special ceremonies and only in the presence of governors. Its unique sound creates an atmosphere of solemnity.

The Algaita consists of a tube that is made of whole portion of a tree and covered in leather. Unlike the Oboe, the Algaita has a wider opening at its base and uses open finger holes. It is also made of reeds.

The Algaita can most commonly be found in Western Africa, though it has been value by musicians throughout the world.

This is just a sample of the wide variety of instruments found throughout Africa. As one travels through region, they would find themselves exposed to a greater variety of music making instrumentation, offering flavors of each culture and their unique sounds. Here are some instruments: 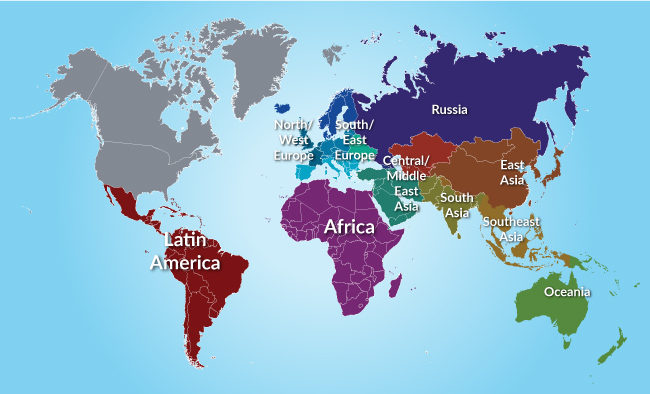 This article is part of GROM’s world music series.  For more details and other countries coverage, please go here: https://gromaudio.com/blog/2017/12/world-music-exploration-series/