Northern Europe is flush with the blood of Norse culture. Whether Norway, Denmark, or Sweden; the Norse legacy, which fueled the Age of Vikings, is alive through stories and music as tales of epic histories are retold and enchanted encounters between people and faeries our chronicled. Later, these cultural traditions spread as Iceland breathed the air of its own sovereignty and created, with the help of their neighboring Finland, to establish a unique and rich musical legacy.

The folk traditions of Northern Europe are bourgeoning the musical traditions of past cultures that inform their modern music and song. In this post, we will survey some of the most important elements the folk music character of this region and begin to develop a fundamental understanding of what make the music of this region unique. 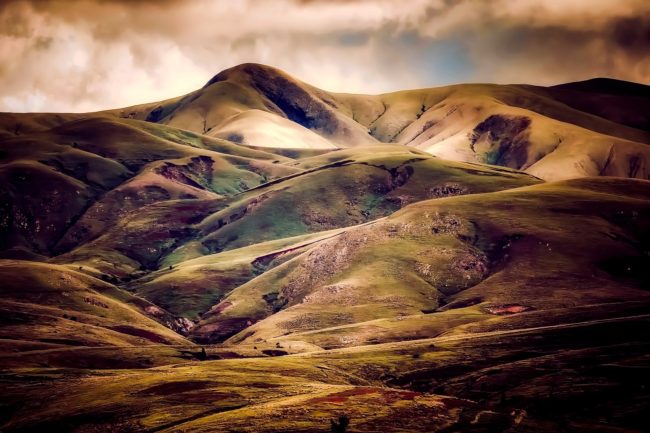 Icelandic music has been carried through the plains and valleys of Iceland for centuries. Dating at least as far back as the 14th century, the folk tradition is densely populated with lyrics about love, hard winters, virility, and the mythical populace of elves, trolls, and many other enchanted creatures.

Icelandic folk tradition is lush with Nordic epics and ballads. The tradition offers a ripe vantage on the character and color of the people of Iceland.

The foundation Icelandic music is the Rímur, which means rhyme or ballad. Emerging in the 14th century, these songs derive from the Rímur poetry, a kind of epic vocal poem. Composed in the form of a narrative, the Rímur is seeded with the myths and history of Icelandic folklore and literature.  In Rímur melodies, songs generally follow a traditional and recognizable sound. The poems themselves were a source of music as they are often recited through a kind of musical chanting intonation.

Kveðskapur in Icelandic refers to poetry in general and is a tradition associated with songs performed with dances—or sagnadansar. One of the most well-known sagnadansar is called the Víkivaki, which originated in the 11th century. Though it has slowly declined in popularity in the 20th century, recent efforts have seen its revival. 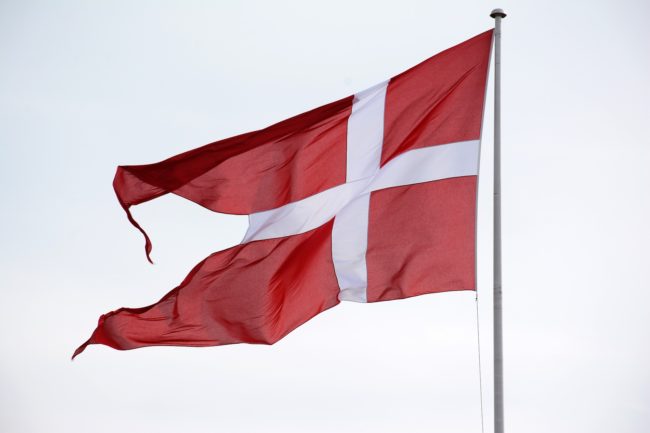 Danish music goes back as far as King Erik the Kind-Hearted. During the 17th century and into the next, the music of Denmark was in the hands of city musicians with their journeymen and apprentices. They were the only group who could play for money and earn a salary within their allotted region. These urban troubadours also wandered in the surrounding rural towns and villages to perform, spreading the music and dance forms of the cities.

The most popular dance in Denmark, the chain dances became popular in the 16th century and is synonymous with the Faroese Island. The dance is a typical medieval ring dance. Dances are traditionally in a circle; however, when many dancers participate, the dance usually swirls around in globules, wobbling within the dancing ring. 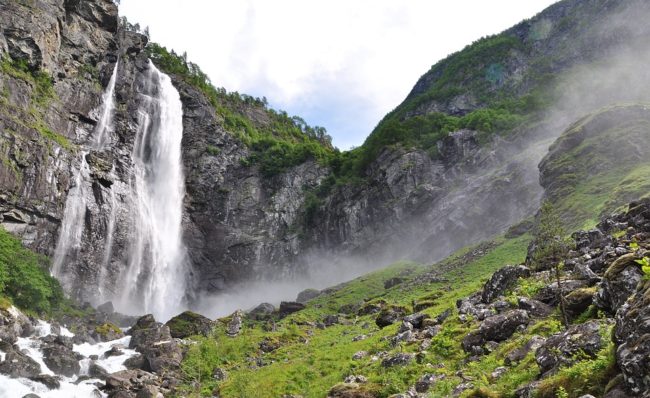 Norway’s folk music is lush with fairies and mythical stories, reflecting the nation’s pre-Christian Norse heritage while also ripe with songs that embrace the nation’s Christian ideas and themes. The mother root of Norwegian music is dance and simple music appreciation. There are two paths through Norwegian folk music—instrumentals and vocals. Instrumental music is the foundation of the nation’s dance melodies while its vocal tradition is further divided between two singing customs.

Folk dance was mainly for social events between couples, performed in either two-beat or three-beat dances. There is very little ceremonial characteristics in Norwegian dance that is found in other cultures. Dance music takes two forms: hallings, three -beat dances, and spingar, two beat dances. Traditional dancing, or bygdedans, were known as courting dances and often associated with important events in country life such as weddings, seasonal festivals, and funerals.

The two paths of Norwegian song are Sami and North Germanic. Sami involves a vocal style called joik, which refers only to one of several Sami styles. Similar to traditional chanting of many Native American nations, joik is generally the most prominent form of Sami.

North Germanic Norwegian songs include ballads and brief, spontaneous verses. Epics are an important subject for many of these songs. Among the most vital were the Norwegian medieval ballads; which featured tales of nobles, knights, and maidens. Many of these ballads chronicle key histories of the nation, fertilizing  them with drama and tragedy. 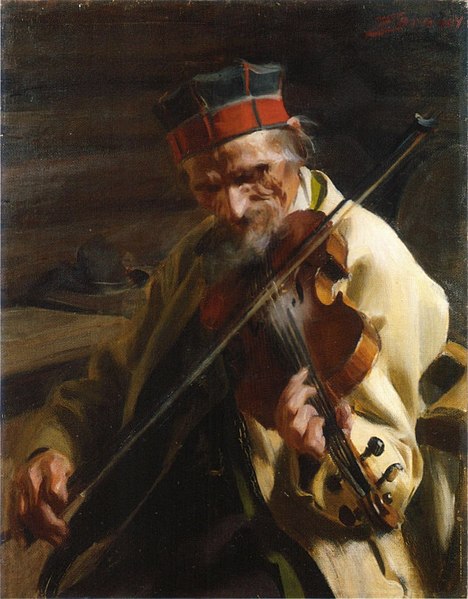 The traditional music of Sweden is called spelman, which means to play music. It can find its roots in medieval Nordic society and takes a variety of forms. The most common form is the polska, which is dance music played in ¾ time. Similar to a waltz, the polska is performed at a slower tempo.

Early Swedish music was consisted of many herding calls, known as kulnings, and ballads. Kulnings were songs that mainly were performed by women and used to call sheep and cows down from hills. The singing was performed with quartertones and halftones known as blue tones, which color the songs with a haunting and spectral quality.

Swedish festivals are held throughout the nation to celebrate spelman music. Known as Spelmansstämma, which means “musicians meeting,” the festivals generally happen annually. Some are small while others host thousands of enthusiasts. Throughout these gatherings many guests enjoy performances while others play together in small groups during informal sessions, which in Swedish is called buskspels—or playing in the bushes.

The basic instrument of Swedish music is the fiddle or violin. The fiddle is so common in Sweden that the spelman, the Swedish term for playing music, is generally understood as synonymous with a fiddle player. Swedish fiddles use a unique bowing technique to ensure the proper tone comes from the instrument. Standard tuning for Swedish fiddles ensures that the rhythm of songs is right for the Swedish ear. 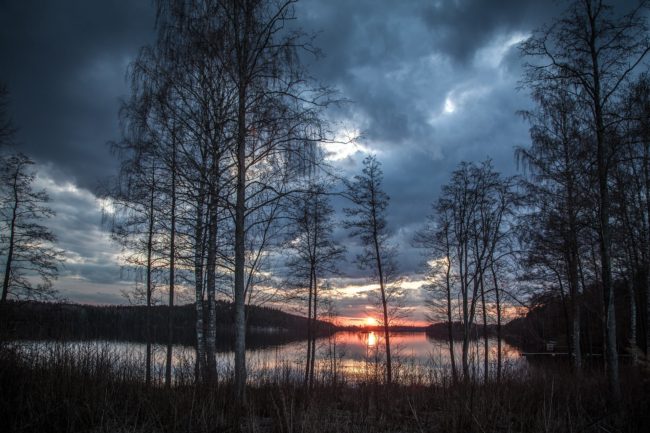 The Karelians are a Baltic-Finnic ethic group, native to Northern Europe and residing in the historical region of Karelia. This culture is now split between two nations: Russia and Finland. Karelians in Finland reside in the Finnish regions of Savonia and Northern and Southern Karelia. Finnish Folk music is heavily fostered from the culture of Karelian traditional songs. Finnic myths and beliefs are believed to have the purest roots in Karelian heritage, which the folk music of Finland plays a large part.

Some of the most revered songs in Finland come from Kalevala, a Finnish epic that encompasses the oral folklore mythology of the region. Compiled by Elias Lönnrot in 1835, the Kalevala contains many songs that are essential to the national character.

The Melancholy of Finnish Folk

Finnish folk seeps with a general feeling of sorrow and yearning. Most songs are written in the minor key, allowing songs to express both a nostalgia and yearning for the lyrics. Straying from western melody, many songs dig deep into their Karelian heritage and allow for a more raw and ancient sound.

Here is a taste of Northern European music on Spotify