Southern Europe, adorned and enriched by the Mediterranean, has been the cradle for various nations and cultures throughout history, which have sewn and harvested many great traditions of music. From Ottoman Harem music to cappella harmonies of Croatia Klapa singers to Italian opera, Southern Europe has been a fertile ground for culture and music. In this blog post, we explore some of the cultures of Southern Europe along with their melodic origins. 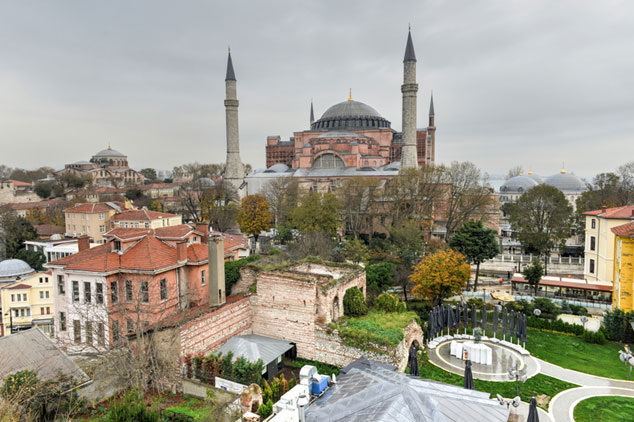 The music of Turkey is like a crowded studio with exotic musicians from different cultures—Byzantine, Persian, Ottoman, Arab, Balkan and Gypsies. Most of these influences can be heard in the Turkish classical era, known as the Seljuk period; however, they also warm the eardrums of Turkish folk musicians as well. In fact, listening to Turkish music is a good way to understand the nation of Turkey both past and present.

Founded in the courts of the Ottoman Empire, this music was known for its varied system of musical scales, which was known as Makams. The Makams use a complex set of rules for both performers and composers.  Traditionally, Turkish classical is performed with a chorus of exotic instruments that create the unique Turkish sound that adorned the streets of Istanbul and the country roads throughout the Anatolian Countryside:

During the era of the Sultans, a new form of dance music began to emerge from the courts of Istanbul—in the sultry melodies of the harem. The harem was a portion of a house where the women of the family resided. Men outside the family were not allowed within those spaces as Eunuch sentries policed the rules of the harem and guarded its residence. The harem was populated by both wives and concubines. Women dancers, including belly dancers, and musicians entertained the harem women while the harem musicians unleashed their ornate and beguiling melodies upon their listeners. It was in this setting that Ottoman Belly Dancing music took shape. Soon, this music would work its ways into streets and country roads of Turkey to be unleashed upon the world at large, captivating listeners with what was once the sole player of the harem denizens.

Folk music in Turkey draws from ordinary topics surrounding the lives of the Turkish people to craft songs about life in Anatolia. Focusing on real life events in the country and the folklore of its people, folk songs are filled with ethereal imagery and enchanting melodies. Enlivening marriages and other ceremonies, Turkish folk acts as the soundtrack to folk dances, which wear various guises through the many regions of the country while using an array of instruments: bağlama, bow instruments such as the kemençe, percussion and wind, including the zurna, ney and davul. 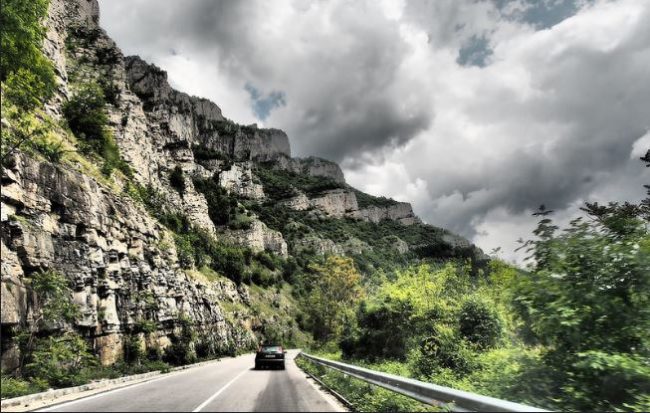 Bulgarian music is worth hearing because of its singing. Using complex harmonies and irregular rhythms, singers constrict their throats to strengthen and amplify their voice to perform uniquely haunting and exotic resonances of Bulgarian songcraft. Bulgaria embraces a variety forms of music but the sound of the nation can best heard in two primary traditions: Bulgarian Folk music and anthems.

Drawing from the ancient roots of regional styles, Bulgarian Folk enriches its own tradition of songcraft by echoing the music of Greece, Romania, and Macedonia. The songs of this tradition are made for singing, dancing, storytelling, ceremonies, and much more.

Sometimes the complex oral landscapes reap the history and culture of the nation to captivate listeners, while in other instances lone singer’s paint pictures though the vibrant colors of Bulgarian melodies. Using the rich harmonies that are mark of the Bulgarian sound, singers are accompanied by asymmetric beats through traditional instruments such as the gaida (sheepskin bagpipe), gadulka (bowed lute) and kaval (wooden flute).

Born from the Bulgarian struggle for freedom in the late 19th century, Bulgaria’s Patriotic national hymns continually speak proudly of the Bulgarian identity in the face of adversity. Songs express the national strife of Ottoman dominion, the conflict in the Balkans, world wars, and more recent calamities in the history of country. Bulgarian music contains both an expressive melodic soundscape and passionate tonal delivery. These strengths are well adept to this patriotic tradition of music. 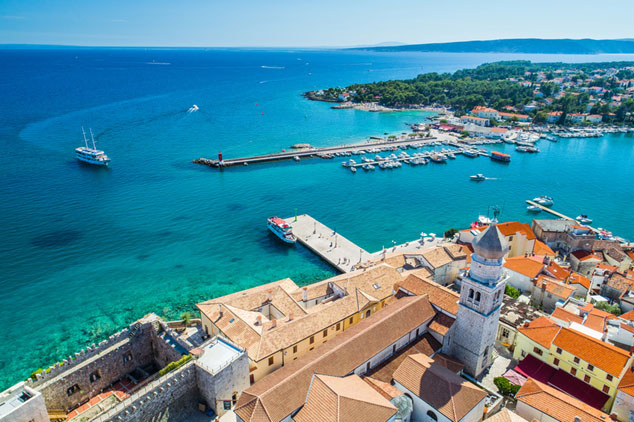 The people of Croatia are proud that their small nation has manifested such a diverse menagerie of folk songs. Crossing the various regions of the country, travelers can experiences numerous music traditions with a style and sound that can be found nowhere else but the shorelines of the Adriatic. Among these traditions, the most revered has been in the coastal region of Dalmatia, which rests by the sea in sight of a multitude of small islands.

Dalmatia’s music is the Klapa, a word that means a group of friends and is analogous to a gang or band singers. The tradition dates back to the Middle Ages when secular folk songs were fused with Gregorian chants.

In this tradition of music, a group of singers work in unison through a cappella sound vision that uses the singers as instruments to express the various parts and melodies of a song. Consisting of around five to eight performers, Klapa artists chose roles in the group, whether first (lead) tenor, second tenor, baritone and bass.

Croatian’s frenzy for the Klapa has led to large festivals where Klapa groups compete with one another. One of the most famous happens each summer in the Omis where Klapas clash under the sun by the Adriatic Sea. 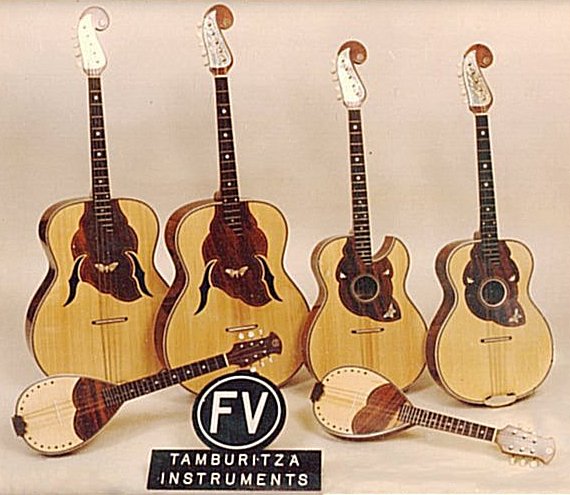 The Tamburitza is the Croatia music instrument. A string and fretted instrument like a guitar, the Tamburitza is also related to the Russian balalaika and the Italian mandolin. Though native to Croatia, there are various incarnations of the instrument in Serbia, Bosnia-Herzegovina, and elsewhere.

The basic Tamburitza is a fretted lute with strings that comes in five basic sizes and shapes: the small oval shaped ‘Prim’ or ‘Bisernica,” the tenor guitar shaped ‘Brac’ or ‘Basprim,’ the folk guitar shaped ‘Celo,’ and the double bass shaped ‘Bas’ for bass parts of the rhythm in the lower octaves. 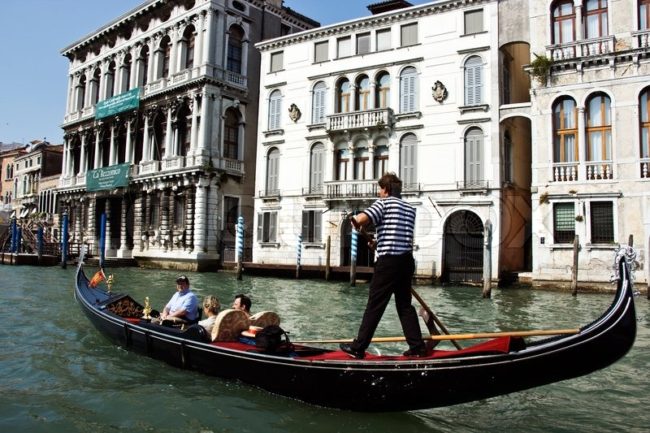 Italian music has risen on the wings of many traditions in Italian music, whether folk music or opera or church music. The sounds of this remarkable nation has influenced and inspired eons of music and generated rare expressions through the quality of its songs.

Beginning in the early 1600s, Italy’s operas had become central in the heart of the nation. The earliest operas in Italia consisted of singers rendering songs throughout the entire drama.

Operas took a new direction when they reached Venice. The opera was Teatro di San Cassiano. It opened in 1637. This opera’s achievement was how it was able to gain exposure to a broader audience, sauntering from noble patronage into the commercial amphitheaters–thereby being enriched with a medley listeners from the open public.

Romantic opera, focusing on imagination and emotion, started around the 19th century by Bioacchino Rossini. His success led to the furtherance of the tradition with Vincenzo Bellini and Giuseppe Verdi. Verdi in particular was vital to romantic opera, unleashing a firestorm of song and melody that made Italian opera unique and prominent.

The folk traditions of Italy are apportioned into areas of influence depending on the region of the nation. From different regions, listeners can hear the influences of Celtic, Slavic, Arabic, Greek, and African music. The sounds of Italian folk music reflect an Italy’s geography and folk style are as varied as the each region’s cultures. 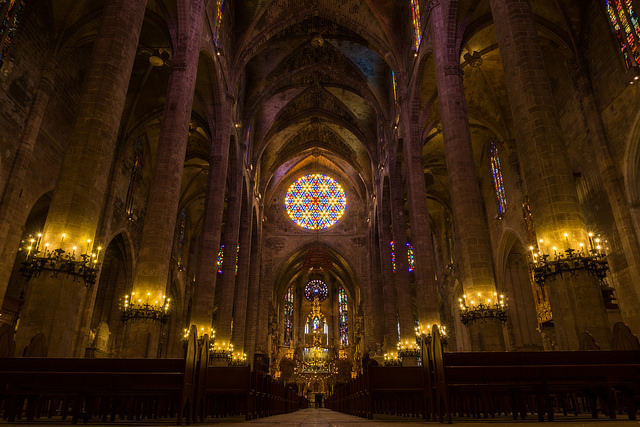 Spain is a nation of nations. Within the boundaries of the Iberian Peninsula, this old realm is a columniation of five kingdoms that would become the country we know as Spain: Aragon, Castile, Catalon, Leon, and Granada. After 700 years of battle with the Islamic Moors who occupied Spain for centuries, the kingdoms were able to drive out the Moors in a holy war known as the Reconquista and united as one nation called Spain.

These unique kingdoms that became provinces of Spain maintained their languages, costumes, and cultures—most notably their music. From this moderate sized nation a plethora musical styleshave emerged:

Flamenco is style of dance and song that is deeply rooted in Andalusia, a region of Spain. The style is believed to originate with the southern Gypsy’s of Spain, who migrated into the nation between the 9th and 14th centuries.

The flamenco style consists of three subcategories of composition: cante jondo “deep song”, cante intermedio “intermediate song,” and cante chico “small song”. Flamenco music is usually performed by a guitarist along with a dancer. Dance is an important part of Flamenco and the style cannot be really experienced without both guitarist and dancer. The golden era of Flamenco was around the early 19th century when singing was introduce and became an new, vital element of the music.

Jota is a genre of Spanish music popular throughout Spain; however, its origins begin in the province of Aragon. The music is also experienced in dance as well as music. The songs that comprise Jota music encompass a variety of topics including religion, patriotism, and romance.

The jota lyrics generally use a 3-4 rhythm, though there are variations. In the Castilian style, musicians perform with guitars, dandurrias, lutes, dulzainas and drums. In the Galician style, musicians perform with bagpipes, drums, and bombos. Performers will sometimes dress in regional costumes and castanets, though less so in more informal settings. Performances by the end 19th century have frequently concocted complex choreographed Jotas, used for movies; contests; festivals; and other events. The purestJotas are still performed in Calanda, Alcañiz, Andorra, Albalate, and Zaragoza.

History And Periods Of Turkish Music

Examine the Music in Bulgaria

The Tamburitza and the preservation of Croatian folk music

Your Guide to Italy: Italian Music

Not only Flamenco – History of Spanish music