by David French Introduction Recently I “upgraded” my 2008 Volvo V50 to a 2002 V70 model. (Yes, it’s older, but I’m starting to think cars have got too complicated for… Read more » 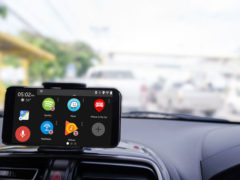 Smart Phones are redefining the concept of a “Personal Computer. Resting in your pocket, in your car, on your desk, and many other spaces, these small communications and computing hubs… Read more »