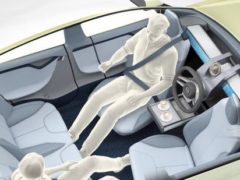 August has ended with big surprises in car audio, especially with Hyundai’s amazing announcement! But this month is big not only for the tech companies, because now the state of… Read more » 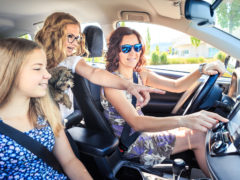 Driving Safety Fundamentals A primary component of GROM’s mission as a company is to create innovations that make listening and using vehicle entertainment and infotainment safe for drivers, passengers, and… Read more »

Catch some of the news highlights this week in the auto tech world. Genesis announces new Google assistant capabilities Genesis Connected Services is getting a lot more powerful with the… Read more »

Although Lexus is a great car that offers both luxury and reliability, after even five years being in use its infotainment system can quickly become as obsolete as an eight-track… Read more »

by Rudolfo San Miguel An autonomous car, sometimes called a self-driving car, is a vehicle that requires no driver. This car drives itself. The goal is far from being reached… Read more » 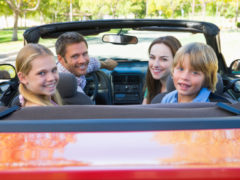 The best pleasures are simple ones. Sometimes it’s great to leave everything behind and venture out on your own, or with friends and/or family. During the 4th of July weekend… Read more »

GROM Audio has been an innovator in car audio hardware, developing a series of pioneering car kits that integrate Smartphones to car stereo systems. Their car kit integrates USB and… Read more »

Whether commuting or on a road trip, your phone is always there while you drive, ready to interrupt your concentration and encourage distracted driving risks. The overabundance of apps available… Read more »