Situated between the Middle East, Africa, and China; the nations of South Asia have a unique vantage point being surrounded by a vast ocean of cultures, which mingle and pass through their countries. These interactions and have inspired and been influenced the societies surrounding them. From the island nation of the Maldives to the interior country of Afghanistan, music is expressed in term of absorption of outside traditions and expressions of national identity.

Here are some of the nation of South Asian and the music that has evolved there: 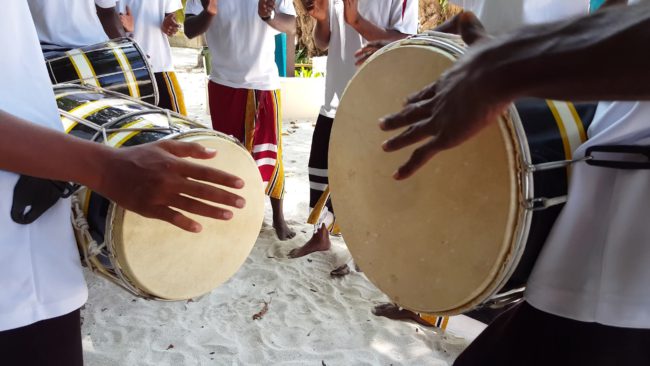 The Maldives is a South Asian nation, located in the Indian Ocean, southwest of Sri Lanka and India. A chain of 26 islands, known as atolls, the Maldives is located atop an immense submarine mountain range in the Indian Ocean known as the Chagos-Laccadive Ridge. The Maldivians embraced Islam during the 12th century and built relationships with the adjacent African and Asian nations on the other side of their shores. Their culture of music has influenced and been influenced by these mainland neighbors, iconifying the unique Maldives sound. Lava, which is the Maldivian term for singing, has many different roots and traditions. Baburu lava originates from the African tradition,  Javee lava is inspired in Javanese songs, and Arabi lava incorporates Arabic diction and rhythms.

This iconic music, which also is known as Boduberu, means Big Drums (Bodu Beru). The music is made for dancing and dancers celebrate Bodu Beru by performing dance rooted in the traditions of the islands—starting with a slow beat that’s tempo heightens as the dancers react and leading into a crescendo of wired frenzied movements inspired by the unbridled pulse of the beats. Upon reaching the apex of the tempo, the dancers bristling in a wild gyration of motion.

Songs focus on a variety of topics including romance, satire, and love of nation. Bodu Beru originated in Maldivian tribal customs and links the nation to its earlier traditions; however, the music also is a celebration of the Maldives today, reflecting contemporary state of it’s culture and celebrating a variety of occasions such the Muslim Eid.

This music tradition, who’s named originates in the Dhivehi word for tambourine, was brought to the Maldives from the Middle East Gulf region of the Arabic community during the middle of the 17th century. The music revolves around semi-religious influences and is played after the fulfillment of vows. Thaara is performed by around 22 male musicians, seated in two rows facing one another, and accompanied by dancers. Performers wear white sarongs, which are big spans of fabric wrapped around the waist, with white shirts and greens scarves around their necks. The music also begins slowly before the tempo gradually increases into a climax of melody and rhythm. 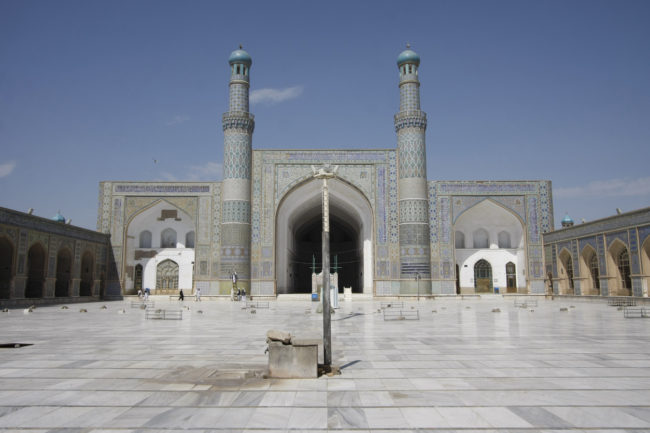 Formally comprising the countries of Aryana and Greater Khurasan, Afghanistan harbors a rich and engrossing history in the origins of its music. Afghanistan music can be seen as a menagerie of different cultural and ethnic traditions; mixing Indian principles of composition, Persian melodies, and the melodic flavors of the Pahtun and Tajik ethnic communities.

The instruments of Afghanistan maintain a high prominence in the culture of the nation. Their breadth of dominance is only matched by the variety of instruments used in Afghani music. Some of the options available to Afghan players are the Ghichak, which is made from a large metal tin with resembles a two-stringed fiddle played with a horsehair blow; the Tamoor, which is a stringed instrument constructed from hollow wood with metal strings; and the Zirbanghali, which is shaped like an hourglass with a wide head and tapered base.

Originating from Central Afghanistan in the 7th century, the Rubad is revered by the Afghani as their national instrument. It is called the “The Lion of Instruments.” The Rubab is a double-bodied lute. It is carved out of a single piece of wood with a membrane covering a hollow bowl that acts as a sound chamber. The instrument has three strings for melodies with four frets. It also has three drone strings and 15 sympathetic strings to accompany the melody strings.

Rubabs are used throughout Afghan genres and are prominent in Classical and traditional folk music. They are such a famous conduit for music in the region that it has been famously referenced by many Sufi poets from both Afghanistan and Persia, especially the great poet Rumi.

Originating as an instrument performed by women, the Doyra has many names that include Doyra, Dap, Childirma, and Charmanda. It has been played by a berth of Turkic groups but has a special place in Afghanistan. The instrument itself is a medium-sized drum with a frame adorned with jingles. Similar to a tambourine, the Doyra is formed by spreading a skin membrane over a wooden ring. Doyra has been embraced as a ritual instrument during ceremonies of Uzbeks and is solely participated by women until now. 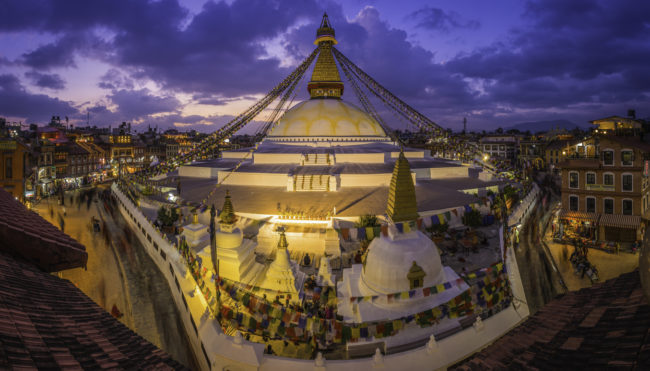 Nepal is a noncoastal nation in South Asia situated mostly in the Himalayas, boarding China, India, Bangladesh, and Bhutan. Parts of northern Nepal were intertwined with the culture of Tibet. The Kathmandu Valley was the capital of the Newar confederacy, which was called the Nepal Mandala. The Himalayan branch of the ancient Silk Road was dominated by traders from the valley. In over 50 ethnic groups, Nepalese music features as many genres express the high diversity within its society. Here are some genres in Nepal: Tamang Selo, Dohori, Adhunik Geet, Bhajan, Filmi music, Ghazal, Classical music, and Ratna music.

This flat drum is the primary instrument of Damai, which is an ethnic community that has a famous and rich tradition in greater Nepalese culture. The drum hangs from the players neck via a long strap. Played with one or two sticks, the drum acts as a bass drum within an ensemble. The head is kept wet to ensure the beat of the drum is right.

The Nepalese vision of a violin is endeared in the music of Nepal. The Sarangi, which is also known as a saran or a sarangi, is a short necked violin measuring around 30 inches long. The violin is roughly rectangular with a slightly broad body. There is no fret board and it uses three melody strings that are made out of gut.

This instrument is prominent in all of Nepalese society and has the been the most popular instrument during the 20th century. Madals are performed generally during the Dashain and Tihar festivals. The Madal is a type of drum that is struck on both ends. A wooden log is carved, creating a hollow interior of the instrument. The heads of either end of the drum use double membrane goat skins, and a black paste made of flour, iron filings, and burned egg is used in the center of each head. 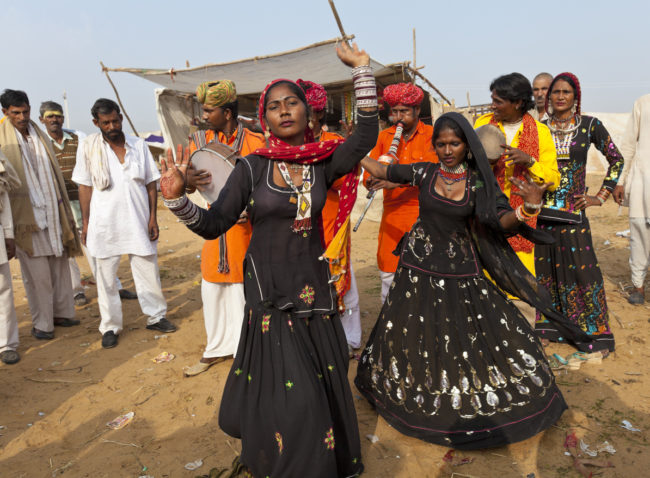 What many believe to be Indian music can best be described as the Classical music of the Northern Indian subcontinent. This Indian classical music is rooted in the cultures and melodies of its neighboring region; which includes Pakistan, Afghanistan, Bangladesh, Bhutan, and Nepal. What many do not know is that that there are other music styles that are just as significant as to what is known outside the region.

The most important division of music in Indian could be seen between North Indian “Hindustani“ and South Indian “Carnatic“ music. The music of the north has been influenced strongly by Muslim culture and other outside cultures, while southern music is more grounded in Hinduism while expressing the history and mythology thousands of years of regional culture.

“Ragas are soliloquies and meditations, passionate melodies that draw circles and triangles in a mental space, a geometry of sounds that can turn a room into a fountain, a spring, a pool.”

Being the fundamental organizing principle and melodic model for both Hindustani and Carnatic music, Ragas were first written about in the Brhaddesi, which is a ancient sanskrit text on Indian classical music, during the 10th century.

There are around 200 main ragas. Each raga is defined by a unique combination of dominant notes and musical scale patterns. A raga is based on a scale with a given set of notes, an order of notes as they are pronounced in melodies, and a distinctive melodic motif. Using only these notes while emphasizing specific degrees of scale and playing note to note in ways characteristic to the raga, a composer can create a mood known as a “rasa” that expresses a unique vision of raga by the artist. The key for any great musician is to color their use of raga with their own personality while preserving the strict rules of the specific raga.

Being the oldest surviving form of Indian Classical music, Dhrupad is a vocal music form that is based on the practice of Nāda yoga. The form originated in chanting of vedic hymns and mantras. Gradually, it evolved into an independent music art form that was originally sung in temples but later grew in popularity under the regal grace of Mughal and Rajput kings.

Dhrupads are spiritual in nature and seek not to entertain as much as to induce a sense of peace and meditation in the listener. It is at heart a devotional style of music that originates from  Samaveda, which is an ancient Vedic sanskrit text that is part of the scriptures of Hinduism. Dhrupads were sung in temples and, from early temple chants, it evolved into a sophisticated classical form revered as a great treasure of all of India.