The migrants to Australia, New Guinea, and the surrounding territories settled into their respective locations over 30,000 years ago. Migrating from Africa and Southeast Asia, these groups would slowly assimilate into their new homes and create fresh lives for themselves. Early migration is believed to have occurred when the early Australian continent, known as Sahul, were closely connected to Asia and New Guinea.

They brought with them their traditions and customs, creating music that not only entertained but also instructed their youth on how to survive and live in their societies, along with recording the history of their people. Music brought tribes together and formed the basis of how they celebrated. 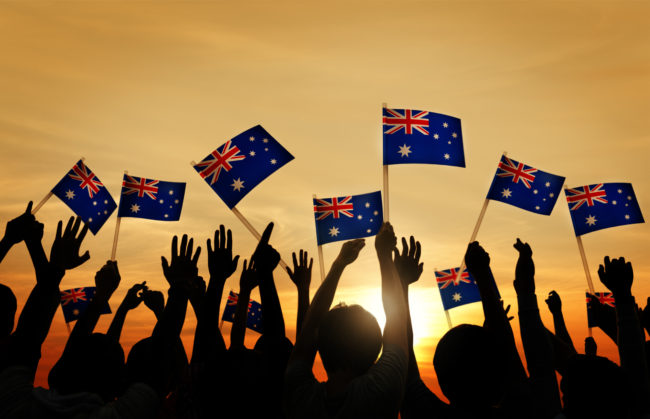 For the indigenous people of Australia, music is more than just about culture and festivities; it is a means of communicating history and educating their youth. Passing on the traditions, customs, and knowledge of the aborigines; the music of this nation defines how they related to one another and how they relate to the world. To the Australian aboriginal, music is understood naturally and is an integral part of life. Aborigine Music is valued as a vital and foundational part of life.

The Rites of Passage

In early life, children are introduced to the pure joy of music. They are encouraged to dance and sing, enjoying the melodies and rhythms. During puberty, this concept of music changes as children begins to learn from what they experience musically. They learn through melody their first karma songs, which teach them about totemic plants and animals. They learn about their clan and its history. They also learn the history and mythology of their people—its lineage and heritage. 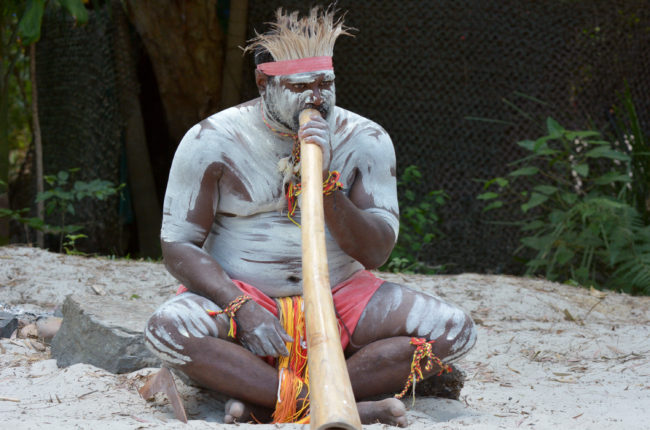 Further, into early adulthood and marriage, aborigines learn karma songs that become foundational of knowledge in adulthood. In marriage, karma songs become the primary source of education. In mid-life, the knowledge acquired through song determines their value as members of their society. In old age, mastery of sacred songs is the basis of their value in the community.

There are many amazing and unique instruments in the arsenal of aborigine music but none is more vital and iconic aboriginal culture than the Didjeridu. This long wooden horn, which is nearly the size of a grown man, reverberates with a deep and ominous tone that sets the tone for all aborigine music. It is one of the most recognizable instruments of Australia and fundamentally central to the continent’s indigenous sound. The essential feature of the instrument is a wooden tube nearly five feet in length, which is made from small, regional trees that have been hollowed by feeding termites.

The Didjeridu acoustics are due to the irregular shape and slight flare of the horn. The upper resonance is ill-aligned with the harmonics of the tube’s walls and its lack of cavities. The instrument is wax and resin coated on the end that is blown, while the other end rests on the ground. Sometimes the end of the instrument that faces the ground is placed in an object to affect the sound of the performance. 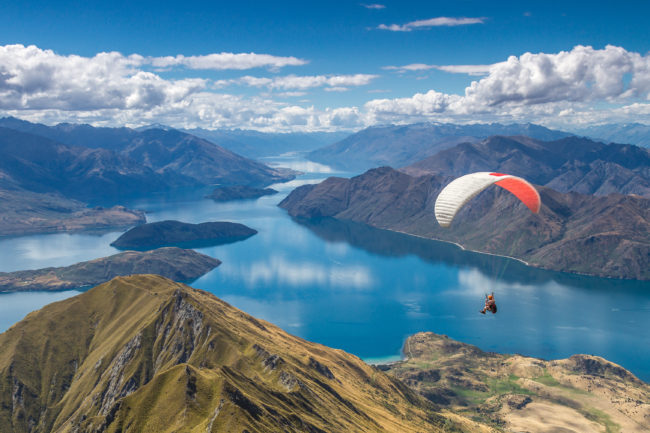 The Māori are the indigenous natives of New Zealand. Their ancestors were Polynesians who came from South East Asia. Māori culture, which remained a stone-age society until the Europeans arrived, were a highly evolved civilization within the confines of their technological understanding. Working with main bird, whale, and ivory bone; the Māori people were able to craft and develop tools and instruments that are both sophisticated and efficient.

Music, a major characteristic of indigenous culture, played a central role in Māori life and was present in virtually all aspects of their existence. Māori music is expressed in a variety of means, from melodic song to ritualistic chant. Many styles blend both styles.

Waiata is the traditional songs of the Māori. These songs are not just for entertainment and festivities but also are created for specific functions in Māori culture. They convey messages and experiences, expressing a varying degree of emotion and thought.  They are essential to drawing the past into the present, forming the foundational record of their origins and history.

Waiata lyrics are used as a means of documenting knowledge for future generations. These songs are performed by individuals or groups to convey Māori history between singers and their audience. In addition, Waiatas are also composed in more recognizable forms for more traditional themes: loves ballads, laments, and lullabies.

Waiata performers incorporate special instruments into their performances called Poi. These lightweight balls are tied around a string. They are swung and tapped by their performer while Waiatas are sung to guide audiences through the meanings and stories in the Waiatas.

Flutes represent the foundation of Māori instrumentation. Carved from wood, bone, and stone; these flutes are noticeable in the rich detail of their construction.

There are several kinds of flutes used in Maori music. Kōauau is short hollow tubes of wood or bone with three holes used to play the flute. Sound is created by blowing across the flute’s top openings. Rehu is long flutes that are played sideways. Pūtōrino, on the other hand, are wooden flute bugles, which can be performed in the manner of either type of instrument.

The island nation of Papua New Guinea is one of the most culturally diverse nations in the world and also one of the most rural—only 18% of the population lives in cities. Most people in Papua New Guinea, which account for roughly 8 million, live in communities with a diverse variety of languages—roughly 852 languages. The nation is also the least explored. Most people live in the rural, traditional social groups and farm—insulated from the outside world. 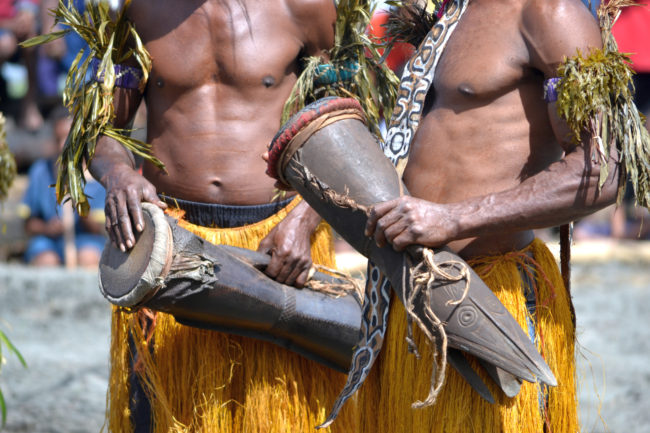 The music of this region is as diverse as its people. The predominant style of music is a song, which is celebrated in Papua festivals called Sing-sings. Sounds have a different purpose in Papua music—war, hunting, ritual, courtship, rain-making, funerals, healing, and marathon feasting—and are performed in small and large Sing-signs throughout the country. Many songs are accompanied by dance and percussion rhythms.

A Sing-sing is a traditional festival that includes food, gift-giving, dance, and singing. These celebrations incorporate flutes, drums, and other percussion instruments during performances. Songs are begun by a leader who starts the song. Many subsequent rounds are sung as other singers add harmony and melodic layers into the song as each cyclical rounds performed.

These festivals can continue for several days, passing from night until the day and onward. Participants adorn their bodies with decorations adorning a myriad of different pigment, bird feathers, leaves, bone, animal skin, and shells. The celebrations attract as many as a hundred different tribes and have become a major attraction for tourists. Though a traditional gathering, Sing-sings, as they are now celebrated in the present, were developed in the middle of the 20th century as a means of encouraging positive relationships amongst otherwise hostile tribes.

One of the key elements of all Papua music is percussion drums. Drums are a part of a class percussion that uses lizard skin that is extended crossways one of the openings of a tubular resonating chamber. Skins are glued or fastened by a cane hoop to the drum opening. Small bits of wax attached to the middle of the head support to keep the tension and the skin-drum’s pitch. Resonating chambers of the drum is shaped either as an hour-glass, tubular, or conical.