A Chores of Requiems – Goth Rock

From the onset, Goth Rock was hard for many to follow or accept. Goths followed their own path and walked free from the boundaries of what they were supposed to do. Instead, these monikers of twilight revelry and alternative perspective had their own ideas of what they wanted to do. With their dark attitudes and outfits, most goths offered an intimating visage and oblique outlook on pop culture; however, the music that inspired the look provided an opportunity to breathe new life into a tired and uniform genre. Rock had to die so that Goth Rock could exist.

Joy Division forms in the aftermath of Sex Pistol concert. 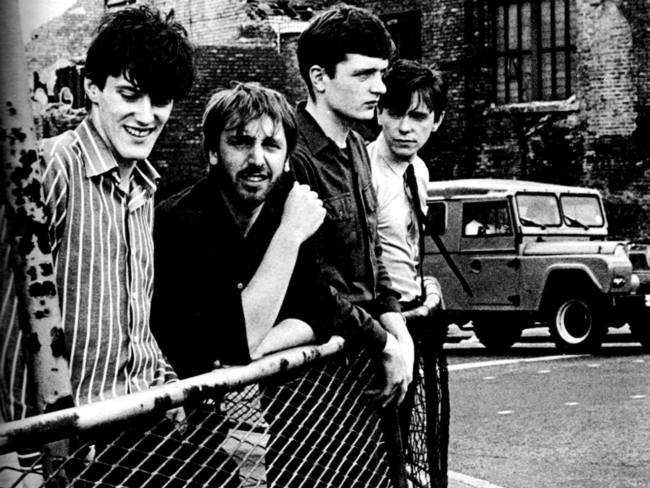 Forming in the aftermath of the Sex Pistol’s 1976 Manchester concert, Joy Division brought to the world their droning Velvet Underground dirges onto the music scene. This group, which is named after the Nazi sex slavery division in concentration camps mentioned in the 1955 novel House of Dolls, provided the idea of a dark and moody alternative to the excitable anti-rock-establishment movement. Legendary frontman Ian Curtis, who suffered from both severe epilepsy and depression, would end his life after the band reach a major milestone with their hit single “Love Will Tear Us Apart.” This would lead to the reimagining of the group by the remaining band members, changing the name of the group to New Order and contributing to the rise of 80s new wave and techno movement. 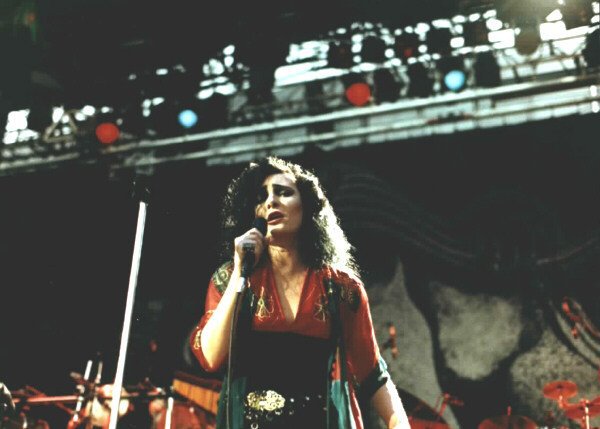 Reaching out of the 1976 inner cable of Sex Pistol fanatics, Siouxsie Sioux and her gang formed their own band and issued forth a maelstrom of post-punk music. Soon, their music would evolve into one of most influential sounds in Goth, exemplified by the release of their fourth studio album JuJu that has been acclaimed as masterpiece of both the Goth and Post-Punk movements. The band would break up in 1996 and their eponymous frontwoman would slowly fade into anonymity as herself and her band quickly rose in the pantheon of Rock and Goth Rock heroes.

Post-Punk Goth of the 70s emerged with Nick Cave 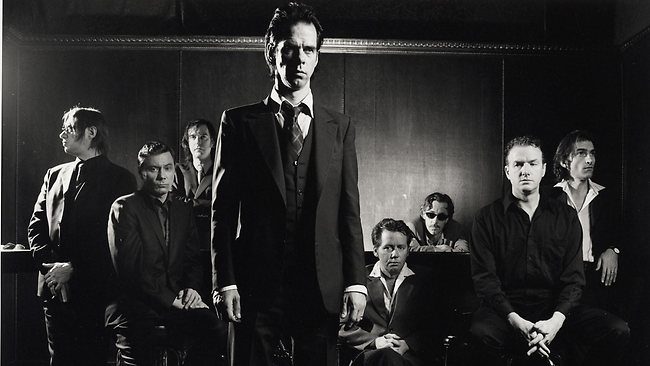 Nick Cave and the Bad Seeds | Source: Fingers on Blast

Through the dark and perverse lyrics of their frontman Nick Cave, the Birthday Party came out of the late 1970s to create post-punk Goth dirges reflecting the bands entangle chaos of Rockabilly, Blues, and Jazz. Though originating in Melbourne, Australia; the Birthday Party would migrate to London in 1980. The band originally called themselves The Boys Next Door but became the The Birthday Party upon their critically acclaimed album “Prayers on Fire.” The band broke up in 1983 after they migrated to Warsaw, Germany. The band still stands out for their unique sound and apocalyptic contribution to Goth Rock 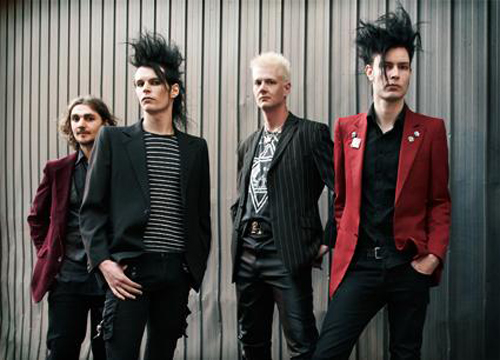 Set on fire by the emerging punk rock scene, British record store patriarchs Martin Mills and Nick Austin would turn their chain of record stores into a recording label, leading to emerges of Beggars Banquet, the most famous Goth and Post-Punk label. The label would go on to support acts like Gary Newman, Bauhaus, Peter Murphy, The Southern Death Cult, The Charlatans, The Go-Betweens, and Luna,

Clubs like Batcave in the 80s houses many of Goth bands 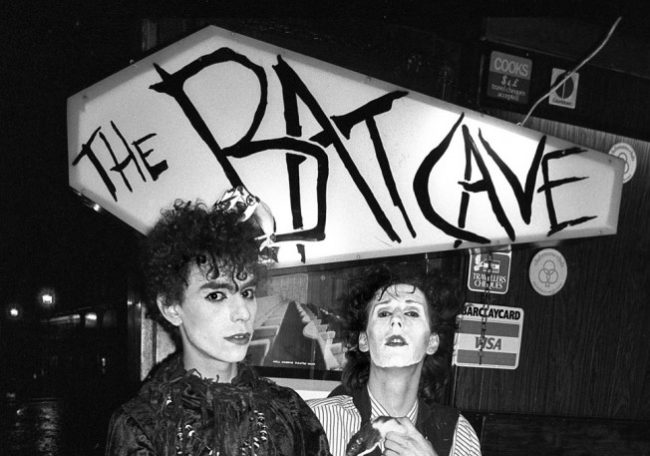 Open in 1982, the Batcave became synonymous with the Goth scene. The club originally focuses on New Wave and Glam Rock acts but later focused on Goth. Among the common patrons in the crowd were groups and artists like Robert Smith, Siouxsie Sioux, Bauhaus, and Nick Cave. The club, located in London, is consider a cradle of the Southern England Goth movement that had already become popular in northern England, from Leeds Manchester to Belfast.

The Cramps comes out to the punk scene in New York 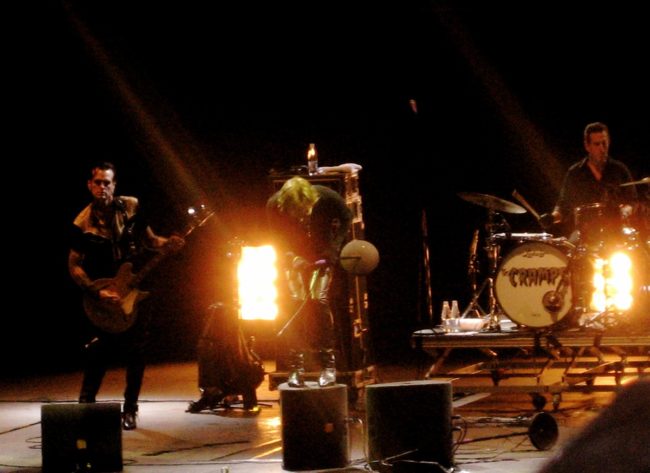 Coming out of the CBGB punk scene in New York, The Cramps, which were fronted by husband and wife duo Lux Interior and Poison Ivy, have crossed genres of music and though their central sound is Rockabilly, their lyrics and topics are saturated in the blood of campy horror and retro gore. They have been central in the development of Psychobilly with Lux Interior being credit with coining the term. Changing lineups like changing shoes, Lux and Poison have stayed on as the only founding members still in the group. The Cramps released their last album in 2006 and three years later Lex Interior would pass away after suffering an aortic dissection. The fan base continues to grow as new generation discover their campy, rockabilly vision of Goth. 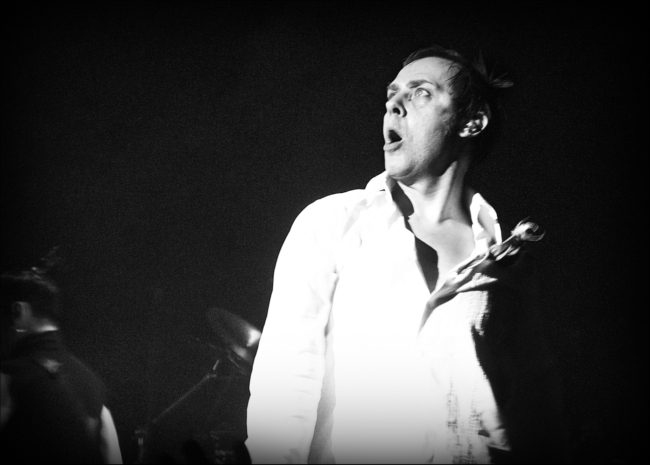 Bauhaus is the Goth Band. Forming in Northampton, England 1978; this seminal group inspired a wave of other bands and surge of black clad follows. They, more than any other group, informed what Goth music would sound and look like. Fronted my Peter Murphy, the band scored early in 1979 with their single “Bela Lugosi is Dead.” The song was more than nine minutes long. It would be their debut single and the harbinger for their first album In the Flat Field. The band would not last long and would breakup in 1983 with Peter Murphy beginning a solo career while the remaining members reforming years later in the band Love and Rockets.

The Cure frontiers the Emo movement. 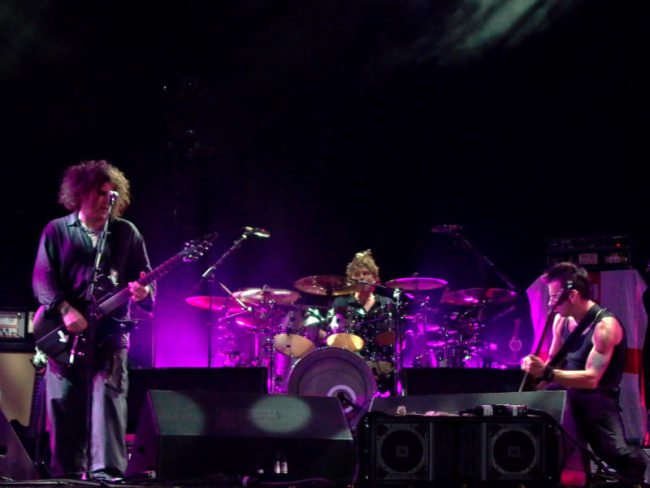 With frontman Robert Smith as the only constant, The Cure have spanned 41 years of recording love-bemoaned Goth music that has inspired generations of kids to dress in black and feel sorry of themselves. In many ways the band can be seen as having a premonition of the coming Emo movement. After spending over ten years with their signature dour sound, the band found commercial reverie via hit singles like “Just Like Heaven” (1987), “Lovesong” (1989), and “Friday I’m in Love” (1992). The band continues to inspire generations of lovelorn Goths indulging in their inner heartbreak.

The Misfits are an American Punk Rock band, bleeding with gothic horror and creature feature vignettes. They are camp and goth with a Johnny Ramone power chord rhythm. It began in 1977 when frontman Glenn Danzig joined bassist Jerry Only and drummer Manny Martinez to reap their brand of raw, less than two minute dirges upon the music scene. The band ended in 1983 with Danzig going on to form Samhain followed by Danzig. Later in the mid-1990s, touting different members and a heavier sound, the band would reform, sans Danzig, and go through various incarnations. The original band would rejoin in 2016 to perform the first of their two reunion sets in Denver at the Riot Fest. 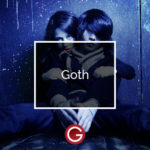