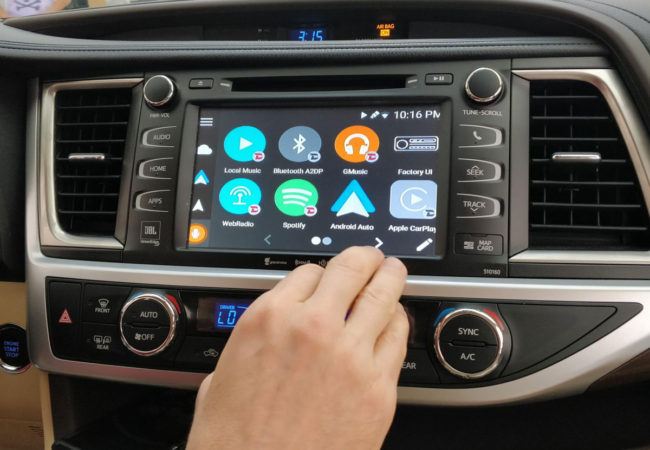 VLine VL2 Infotainment System has been introduced to the market back in 2018. Originally offered for select Lexus, Toyota, Infiniti and Nissan vehicles, it recently became available for Honda and Acura vehicles, and now is being offered for Toyota vehicles 2013-2019 with Entune 2.0 stereo.

“Our goal is to make VLine VL2 available for as many cars as possible,” GROM Audio representative said, “We believe that the owners of Toyota vehicles with Entune 2.0 stereos will benefit greatly with the new functions brought in by our solution.”

VLine VL2 Android Navigation and Infotainment System is made to seamlessly incorporate into the original factory stereo and display, and integrate with the car stereo and steering wheel controls. It has been designed to work with the factory touchscreens, joysticks, touch panels and rotary knob controls. VLine VL2 works with the factory stereos with or without the touchscreen.

By installing VLine VL2 Android Navigation and Infotainment System into their cars, the drivers keep all original stereo system functions and factory looks, while gaining additional functionality of the connected vehicle.

VLine runs on Android 8.1, and allows users to install any driving assistant apps that they like. The most popular apps and services include Google and Waze maps, and music streaming apps. Among the most used music streaming apps are Spotify, Web Radio, Pandora, Play Music, Amazon Music, Tidal and others. As a safety feature, VLine offers voice assistant within its interface. The user utilize voice button to start navigating into places or to find the music. Google assistant is available on VLine for Google Maps. The user can ask for the nearest gas station, coffee shop, or anything else that he needs to find alongside the route.

There are two modes of operation available for VLine VL2 Android Navigation and Infotainment System. The user can either run all applications and maps directly on VLine VL2 system, or he can connect his Android phone to get an advantage of Android Auto functionality. 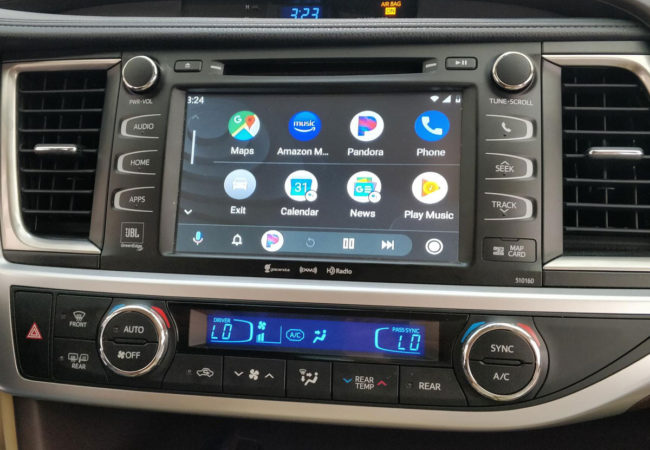 With Android Auto mode the mobile phone apps become available on the factory stereo screen once Android smartphone is connected to VLine VL2 via USB cable.

VLine VL2 Infotainment System for Toyota Entune 2.0 stereos is currently on early bird pre-order until October 30th, for the price of $459.95. The system is scheduled to start shipping after November 5th 2019. The retail price for the system is $599.95 The system comes with all accessories and connecting cables, and includes GPS and WiFi antenna.

GROM is a Silicon Valley-based automotive electronics company with a focus on infotainment, connected car and audio integration solutions. With a passion for technology and drive for innovation, GROM Audio continues to bring to consumers trending in-car and smart city solutions. Through their long-standing commitment to quality products at affordable prices, GROM Audio continues to grow as a leading producer of connected car solutions, both hardware and software. More information is available at https://gromaudio.com